Diwali is a festival celebrated with great enthusiasm and fervour in India but with time we are witnessing an increased interest and excitement from people across the globe.

SuperGaming, a leading homegrown game development company has taken the initiative to spread the cheer and the spirit of Diwali with its Indian and global players by bringing back the popular Maharaja Pack on MaskGun, India’s first FPS and leading mobile game.

The pack includes some exciting creatives and themes that players can show off while gaming. With the stunning Kavach Armor and Mukut Mask – it plans to give the authentic, rich Diwali vibe and all while taking their foes down with the Gada melee weapon. 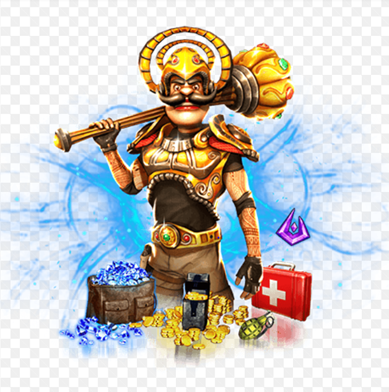 MaskGun launched by SuperGaming recently announced that it has crossed 50 million players on Android and iOS with more than 56 million playing the game. Launched in January 2019, MaskGun runs on the June Engine, SuperGaming’s proprietary technology, entirely built by the team in Pune, India.

The company also revealed that players have fired more than 46.7 billion bullets, resulting in 4.6 billion kills of which over 542 million of them are headshot kills since MaskGun was first available. It has a vocal community of over 1.3 million clans with a grand total of 23 million in-game hours according to a detailed infographic from the company.

Eximius Ventures Announces the Most Happening Gaming Event in India: The Gaming Lounge 2021