Call of Duty: Ghosts will be available from tomorrow on Xbox 360, PS3, Wii U, PS4 (strangely, considering the console itself doesn’t come out until the end of the month) and PC. It will also hit Xbox One on 19 November and its release marks the tenth anniversary of the hugely successful franchise.

The original Call of Duty was released on 29 October 2003 and was developed by Infinity Ward, the same studio behind the latest in the series. It was set in World War II, as were more immediate sequels, and initially came out for the PC – a Mac version followed and Xbox Live and PSN both offered HD versions for download in 2009.

To celebrate the anniversary and the release of Ghosts, we present some tasty nuggets read on to know more 🙂

Activision released some interesting statistics about the Call of Duty franchise in August 2013. Among the facts and figures was the revelation that over five billion cars have been destroyed in the game, when the fact that over 100 million people have played a Call of Duty game is taken into account.

The number of registered cars in the real world is one billion. That means the amount blown up in-game is five times the amount of actual cars on the streets around the globe. What is it about cars specifically, eh?Activision also revealed that 32.3 quadrillion shots have been fired in the 10 years. 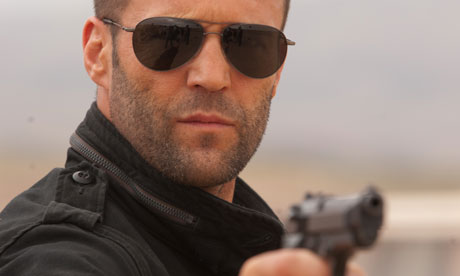 Although the latest Call of Duty games have been based in either the present or the near future, Infinity Ward told Pocket-lint that the franchise could return to the battlefields of World War II one day. In 2011 Robert Bowling, creative strategist for developer Infinity Ward, said that with the games technology available today, it would make for a brilliant setting for a future CoD. “There’s so many great stories there that can still be told,” he teased. “And to be told now with the technology that we have, to the level of detail that we can now attain, would be fantastic.”

One of the most bizarre things about the original Call of Duty is that alongside the PC, Nokia released a version for its failed phone come games machine, the N-Gage.  Since then, just about every popular games format has had a Call of Duty game, including Nintendo GameCube, Sony PSP, original Xbox, PS2, Nintendo Wii, PS Vita and many more. Even the Wii U is being supported by Activision, even though rival games – such as Battlefield 4 – will not appear on the Nintendo machine.

We hope you liked these facts 🙂 We thank the folks at Pocket-Lint for sharing the facts.

The Hottest Secrets of Successful Gamers

PlayStation Plus free games for June 2020 include Call of Duty: WWII

Heavy Rain, Beyond: Two Souls, and Detroit: Become Human for PC coming to Steam on June 18